Every child and grandchild is special in his or her own way. June and I have four children and seven grandchildren, and we think that each one is special. 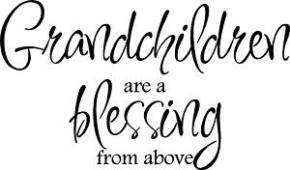 This article is about our special grandchild Naomi Kei Seat. Naomi is special partly because she was born in 2004, the very year we returned to the States after 38 years in Japan. And her mother is Japanese.

Our youngest son Ken and Mina Takazaki were married in 1999. After living in Japan for a couple of years they moved to the U.S. and settled in Maryland. Naomi is their first child.

Natalie, another special grandchild, was born six years later, in 2010. But Naomi was our first grandchild who is half Japanese.

Being “half,” though, is not always a positive thing—especially in Japan. In fact, sometimes children of international marriages are called Halfs there. And especially in the past, Halfs have often been discriminated against in various ways.

Partly for that reason, soon after Naomi was born I wrote her a letter, trying first to express something of my great joy on hearing about her birth. In that letter I also mentioned how she might sometimes be referred to as a Half, but I challenged her (and her parents) to think of herself not as a Half but as a Double.

And much has been done in that regard. Naomi’s parents each speak to her primarily in their native tongue, so she and her little sister are completely bilingual to this point. And speaking two languages equally well is perhaps the main thing necessary for being a Double.

Third Culture Kid (TCK) is a term that also might be used for children like Naomi, although, technically, the term has mainly been used to refer to children who accompany their parents to live in another country and/or culture.

(The term third culture kid was coined in the 1950s by American sociologist and anthropologist Ruth Hill Useem; we had the privilege of entertaining Dr. Useem as a houseguest back in the 1970s when she was doing research in Japan.)

Naomi’s father was a true TCK, and that is what led to the international marriage and Naomi’s being born as a Double, one who has grown up knowing two languages and understanding two countries/cultures.

Some of you have a grandchild like Naomi, one who is from an international or bicultural marriage. And most of you know one or more children like that.

I encourage you to see such children, and to encourage them to see themselves, as Doubles or as TCKs, and thus as people who can, more than most, be bridges for mutual understanding between nations and/or cultures.

I am writing about Naomi at this time partly because last week she flew out to Kansas City from Washington, D.C., and June and I appreciated her bravery in making such a trip all by herself. We greatly enjoyed her five-day visit with us.

Naomi is a special grandchild. So are all the others, each in their own way. You grandparents know what I am talking about. Grandchildren are truly a blessing from above!

Note: This blog can also be accessed at http://theviewfromthisseat.blogspot.com/2013/06/a-special-grandchild.html

* Born in Grant City, MO, on 8/15/1938 * Graduated from Southwest Baptist College (Bolivar, MO) in 1957 (A.A.) * Graduated from William Jewell College (Liberty, MO) in 1959 (A.B.) * Graduated from The Southern Baptist Theological Seminary (Louisville, KY) in 1962 (B.D., equivalent of M.Div.) * Received the Doctor of Philosophy degree in theology from SBTS. * Baptist missionary to Japan from 1966 to 2004. * Full-time faculty member at Seinan Gakuin University (Fukuoka, Japan) from 1968 to 2004. * Adjunct professor at Rockhurst University from 2006 to 2014.
View all posts by Leroy Seat →
This entry was posted in Regular Post and tagged Grandchildren, Seat family, Third Culture Kids. Bookmark the permalink.

4 Responses to A Special Grandchild