The name Trayvon, sadly, has become a household name in the U.S., and elsewhere. But many of you may not know the name Abdulrahman. Both young men, though, were U.S. citizens born in 1995, and both were tragically killed – but in greatly different circumstances.

Abdulrahman was born in Denver, Colo. in September 1995, nine months after Trayvon; he was killed in Yemen on Oct. 14, 2011, ten weeks before the Florida teenager was shot and killed. 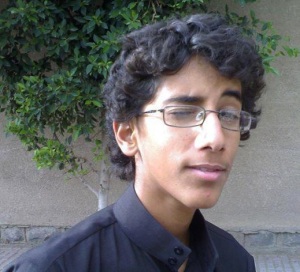 The justification of Trayvon’s slaying is highly questionable, although the jury concluded that under Florida law Zimmerman was not guilty of second degree murder or manslaughter.

Abdulrahman’s father, Anwar, was also an American citizen, born in New Mexico in 1971. And he was killed by a “Hellfire missile” fired from a U. S. Predator drone just two weeks before his son.

The father was clearly linked to terrorist activity. There is no evidence at all that the son was.

Details of Abdulrahman’s tragic death are told in Jeremy Scahill’s 2013 book, “Dirty Wars: The World Is a Battlefield.” The final chapter of that 642-page book is “Paying for the Sins of the Father” and is about Abdulrahman’s annihilation.

On June 28, I attended the opening screening of Scahill’s documentary film with the same name as the book. In it, Scahill interviews Nasser al-Awlaki, Abdulrahman’s grandfather, who is a former Fulbright scholar, university president and Yemeni public servant.

Last week the New York Times ran an article by Grandfather Nasser. It was titled “The Drone That Killed My Grandson.” I encourage you to read that article at this link.

Even though Abdulrahman’s father was involved in terrorist activities, he was an American citizen. Nevertheless, he was never charged with a crime and evidence of his criminal wrongdoing was never presented to a court.

He was just put on a kill list and “taken out” by a drone.

Still, we have been in a “war on terrorism” since 2001, and in a war you target and kill your enemies. So most Americans probably support the killing of Abdulrahman’s father.

But should that mean targeting and killing a 16-year-old American boy? Surely not!

In responding to questions about his killing, Robert Gibbs, a former White House press secretary, said that the boy should have had “a more responsible father.”

But maybe we need a more responsible government. And maybe there needs to be more outrage about the killing of Abdulrahman.

Many of us are against profiling and the mistreatment of young African-American men like Trayvon, as we should be.

Why shouldn’t we be even more strongly against the profiling and the killing of a young Yemeni-American man like Abdulrahman?

Note: This blog posting – and more than 300 others – can also be found at http://theviewfromthisseat.blogspot.com

* Born in Grant City, MO, on 8/15/1938 * Graduated from Southwest Baptist College (Bolivar, MO) in 1957 (A.A.) * Graduated from William Jewell College (Liberty, MO) in 1959 (A.B.) * Graduated from The Southern Baptist Theological Seminary (Louisville, KY) in 1962 (B.D., equivalent of M.Div.) * Received the Doctor of Philosophy degree in theology from SBTS. * Baptist missionary to Japan from 1966 to 2004. * Full-time faculty member at Seinan Gakuin University (Fukuoka, Japan) from 1968 to 2004. * Adjunct professor at Rockhurst University from 2006 to 2014.
View all posts by Leroy Seat →
This entry was posted in Regular Post and tagged Abdulrahman al-Awlaki, drones, Trayvon Martin, war on terrorism. Bookmark the permalink.

3 Responses to Trayvon and Abdulrahman